Does Boiling Tap Water Remove all the Contaminants? 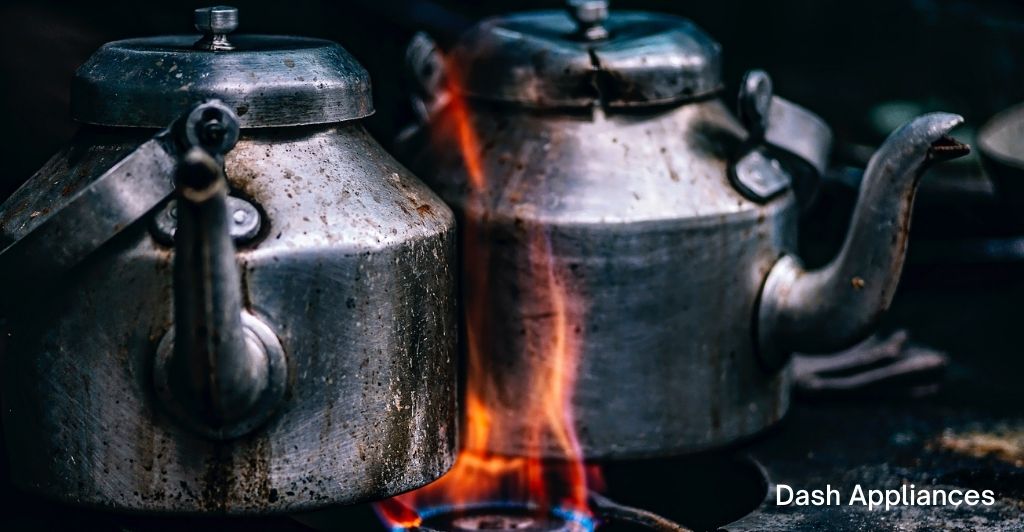 A lot of us have heard through the grapevine that tap water might have some contaminants. It’s also been recommended that we boil tap water before drinking it.

Boiling water is a great way to remove certain contaminants like lead, parasites, and other harmful microorganisms. But does boiling tap water remove all the contaminants? Let’s find out…

Boiling water is the simplest and most effective way to purify it and make it safe to drink. The boiling process kills bacteria, viruses, and other organisms that can cause illness. If you don’t boil your water, you could be at risk of developing a water-borne illness.

Boiling water is especially important if you are traveling in a foreign country or if there is an emergency situation. Make sure to always have boiled water on hand just in case.

Does Boiling Tap Water Remove All the Contaminants?

Boiling water can be a quick and easy solution to making your tap water safe for consumption, but it may not remove all the contaminants from your drinking water.

If you have any concerns about what is in your drinking water, consider getting it tested by an accredited laboratory. You will then know precisely what kinds of contaminants are present in your tap or well water so that you can decide if boiling is the best option for removing them before use.

When boiling tap water, the main goal is to eliminate any bacteria and other microorganisms that may be present.

Let’s now see all the effects of boiling drinking water…

The Best Methods to Get Purified Drinking Water

The best methods to get purified drinking water are reverse osmosis, distillation, carbon filtration, and chlorination. These purification processes can be done at home with careful planning and shopping around for the correct equipment.

All three of these methods will remove many contaminants from your water supply like arsenic, lead, benzene, and traces of pesticides.

Reverse Osmosis is probably the most popular water purification method, and for a good reason. It can be done with no electricity required, and it can remove a wide range of pollutants from your water.

The downside to reverse osmosis is that it does require some upfront investment in equipment, like a special filter or membrane cartridge.

But if you are looking for an easy and reliable way to get purified drinking water, this is a great option. This process is done through a series of filters that remove sediment, chemicals, and other pollutants.

This is a process where water is boiled, and the pure vapor is collected and cooled. Distillation is another excellent method that does not require any electricity. All you need is a pot or saucepan and some glassware!

Distilled water will remove many contaminants, but it also has the downside of being more expensive. It can be a little slow if you are trying to purify large quantities of water. But it is very reliable and will remove just about anything from your water supply.

If you are looking for a more affordable option, carbon filtration is your best bet. This method uses activated carbon to trap organic molecules and other impurities in the water, including pesticides and chemicals that can cause cancer like benzene.

Carbon filters aren’t as strong at removing other contaminants, but they still do an excellent job of making water safe for drinking without any additional equipment or electricity needed.

One great advantage of carbon filtration is that it requires no additional equipment, just a carbon filter cartridge. It is not as effective at removing dissolved minerals or metals as reverse osmosis or distillation, but it still removes many common impurities.

But another advantage of using carbon filtration to get purified drinking water is that it can be done very affordably compared to reverse osmosis or distillation, which uses expensive membranes and filters.

If you are looking for a cheap and easy method to purify your water, chlorination is the way to go. All it requires is dumping chlorine bleach into your water supply and letting it sit for about 30 minutes before use.

Chlorine will work fast at killing germs, so this can be great if you have an emergency where there’s no clean drinking water available but keep in mind that it doesn’t remove any contaminants from the water.

There are many methods to purify your drinking water, and each one has its advantages and disadvantages, but any of these options will make the water much safer for you to drink.

Boiling water is the simplest and most effective way to purify it and make it safe to drink. The boiling process kills bacteria, viruses, and other organisms that can cause illness. If you don’t boil your water, you could be at risk of developing water-borne diseases.

Can you boil impurities out of tap water?

While there is no doubt that boiling water kills bacteria and makes it safe for human consumption, this is only true if you boil your tap water long enough to get rid of all impurities. If not, some toxic chemicals may form, such as Bromate, which has been proven to cause cancer and reproductive issues.

So, while boiling tap water is better than not boiling it at all, it’s not the best way to make sure your drinking supply is pure.

Does boiling water help purify it?

It is possible to remove impurities from your drinking supply by boiling it, but boiling does not make the tap water pure, and some may be lost when you boil the water. Boiling also changes its chemical properties. So other methods can be more effective in removing impurities from your water.

What does boiling tap water remove?

Boiling water removes specific contaminants and minerals from tap water. The dirt and chemicals dissolve into the boiling liquid when you boil tap water. These particles are heavy and sink to the bottom of a pot or pan as it boils. If you skim these off before drinking, your drink will be cleaner than if you had not boiled the water at all.

It’s a common misconception that boiling water will remove fluoride. In fact, the reverse is true. You have actually added more of this toxic chemical to your drinking supply by heating tap water for long and letting it cool.

Does boiling tap water make it safe to drink?

Yes. The boiling point of water is 100 degrees Celsius, or 212 degrees Fahrenheit. When you boil water, it will kill any bacteria present in the tap water. This is because the heat will destroy these organisms’ cell walls and DNA. Boiling also kills any viruses that may be present in your drinkable tap water as well.