How Do Oysters act as Natural Water Filtration Systems 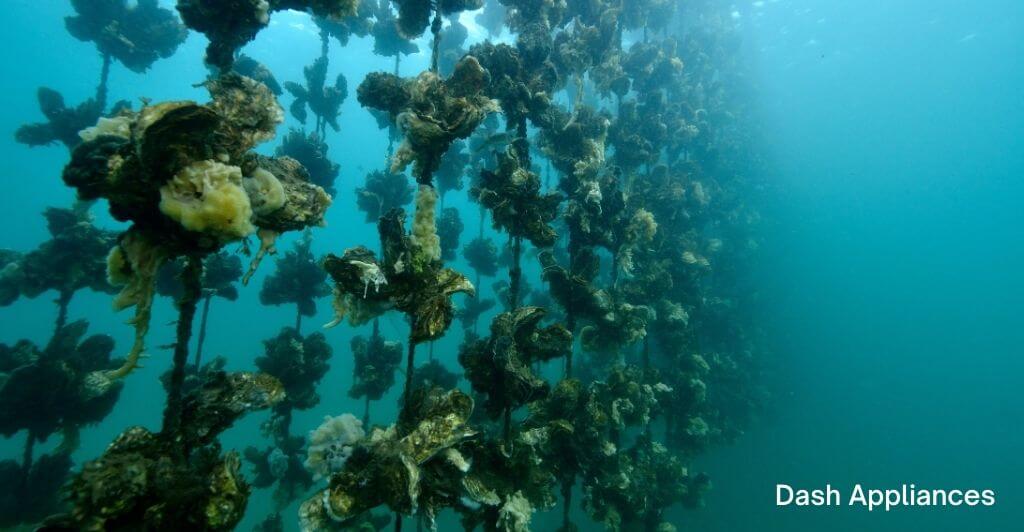 We all consider oysters as an expensive appetizing delicacy. They were, in fact, a staple food source for the millions of the general population during the early 19th century.

But do you know that oysters are outstanding water filters? These iconic creatures help to improve the water quality and provide food and shelter to other animals in the sea.

How Do Oysters Filter Water

A matured oyster can filter up to 1.3 gallons or 5 liters of water per hour. The quantity of water is equal to 30 gallons of water every day.

It is, however, said that the oysters filter the entire water at the Chesapeake Bay in less than a week. Since the population of oysters is decreasing day by day, it will take a year for the oysters to filter all the water of the Bay.

You must be wondering, how do oysters filter water? Well. Oysters are generally known as filter feeders as they pump a significant amount of water through their bodies.

When they pump water through their gills, algae, plankton, and several other tiny particles get trapped in the gunk of their gills. In this way, these minute particles go through the mouth, esophagus, and stomach of the oyster.

When the feed is digested in their body, waste material in the form of feces is released through the anus. The released waste hangs in a sequence from the oyster, motioning to and fro in the water current. When the line breaks, it settles down the water, followed by more lines. It is how the oysters filter water.

Another way the oyster filters water is through pseudofeces. Pseudofeces is the discarded waste material like silt that gets collected next to their gills. It is thrown out of the oyster’s shell through a rapid closing of the hydrant.

The thrown waste mixes with the water, resembling a muddy smoke. This smoky puff in the water shows that the oyster is filtering water.

Therefore, the oysters are known as robust ecosystem engineers.

Oysters are highly significant to the ecosystem and population at the Chesapeake Bay due to the following reasons:

Oysters are the natural source of water filtration. They pump water through their gills by trapping food and nutrient particles, chemical pollutants, and suspended residues. In this way, oysters make water clean for aquatic plants and animals.

The larvae on the top of adult oysters spread layers of more oysters both upwards and outwards. These aquatic creatures provide shelter to millions of small fishes and invertebrates. Moreover, they are also a feeding place for larger fishes.

Water filtration is an expensive and time-consuming process. Oysters are the natural, quick, and cheap substitute for costly water filter systems.

We can indeed not rely on this method of filtering water as oysters should not be a single method for water filtration.

Can you drink water filtered by oysters?

No, you cannot drink water filtered by oysters. Oysters consume algae and organic pollutants and remove excess nitrogen from the water. But, they are inefficient in removing the bacteria, viruses, and other salty contaminants from the water.

How long does it take oysters to filter water?

According to the researchers at Stanford University, oysters and other shellfishes can filter 80% of the contaminants in water within 72 hours. Hence, the water cleaning efficiency of oysters has put them to clean the water body in San Francisco.

Where do the toxins go that oysters filter?

The toxins that are filtered by oysters deposit on the bottom of the water. Thus, it does not cause any harm to humans.

Oysters need saltwater to grow. The ideal salinity for oysters to breed is at least eight parts per thousand (ppt). Oysters cannot survive in freshwater. However, they can survive a substantial change in salinity that is common in tidal water.

How much water can an oyster filter in an hour?

An oyster can filter about 2.5 gallons of water in an hour, while an adult one has the capacity of filtering 50 gallons or 190 liters of water per day. According to the scientists at the Chesapeake Bay, there are 750000 oysters in an acre area of habitat that filters around 15 to 40 gallons of water every day.